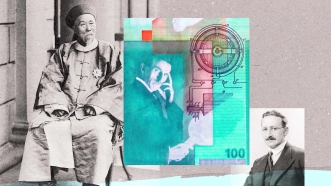 Our thanks to Vox for this conversation with one of the great economic historians of our time:

“The 140 years from 1870 to 2010 of the long twentieth century were, I strongly believe, the most consequential years of all humanity’s centuries.”

So argues Slouching Towards Utopia: An Economic History of the Twentieth Century, the new magnum opus from UC Berkeley professor Brad DeLong. It’s a bold claim. Homo sapiens has been around for at least 300,000 years; the “long twentieth century” represents 0.05 percent of that history.

But to DeLong, who beyond his academic work is known for his widely read blog on economics, something incredible happened in that sliver of time that eluded our species for the other 99.95 percent of our history. Whereas before 1870, technological progress proceeded slowly, if at all, after 1870 it accelerated dramatically. And especially for residents of rich countries, this technological progress brought a world of unprecedented plenty.

DeLong reports that in 1870, an average unskilled male worker living in London could afford 5,000 calories for himself and his family on his daily wages. That was more than the 3,000 calories he could’ve afforded in 1600, a 66 percent increase — progress, to be sure. But by 2010, the same worker could afford 2.4 million calories a day, a nearly five hundred fold increase.

DeLong’s book is called Slouching Towards Utopia, though, not Achieving Utopia. The unprecedentedly fast change in the lives of residents of rich nations brought with it profound political instability and conflict. Perhaps the worst off were residents of the Global South, and oppressed communities like women and racial minorities in the Global North, who were denied much of the benefit of the world’s economic revolutions while suffering the bulk of the harm from the ensuing political and social revolutions.

DeLong and I talked last week about the book, the economic significance of the long 20th century, what caused technological progress to speed up so dramatically, and whether this kind of explosive growth can continue.

A transcript of our conversation, edited for length and clarity, follows.

Dylan Matthews
You argue that 1870 through 2010 were “the most consequential years of all humanity’s centuries.” What’s your case?

Brad DeLong
It really looks that we had as much technological change and progress between 1870 and today as we had between 6000 BC and 1870 AD. We packed what had previously been nearly eight millennia of changes in the underlying technological hardware of society, which required changes in the running sociological code on top of that hardware. To try to pack what had been eight millennia worth of changes before in 150 years is going to produce an awful lot of history…