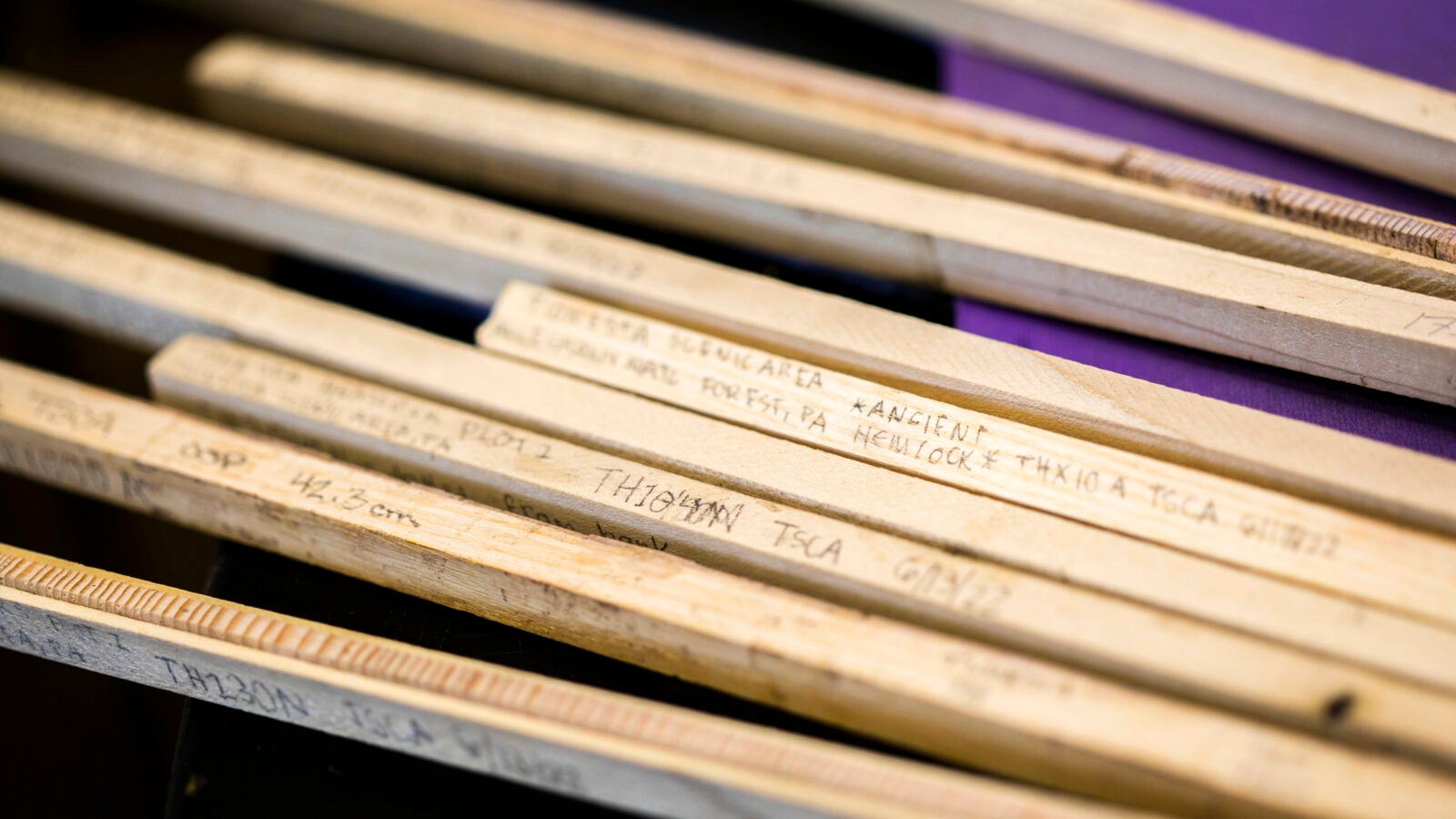 Juan Siliezar, staff writer for the Harvard Gazette asks and answers a question that we never tire of: 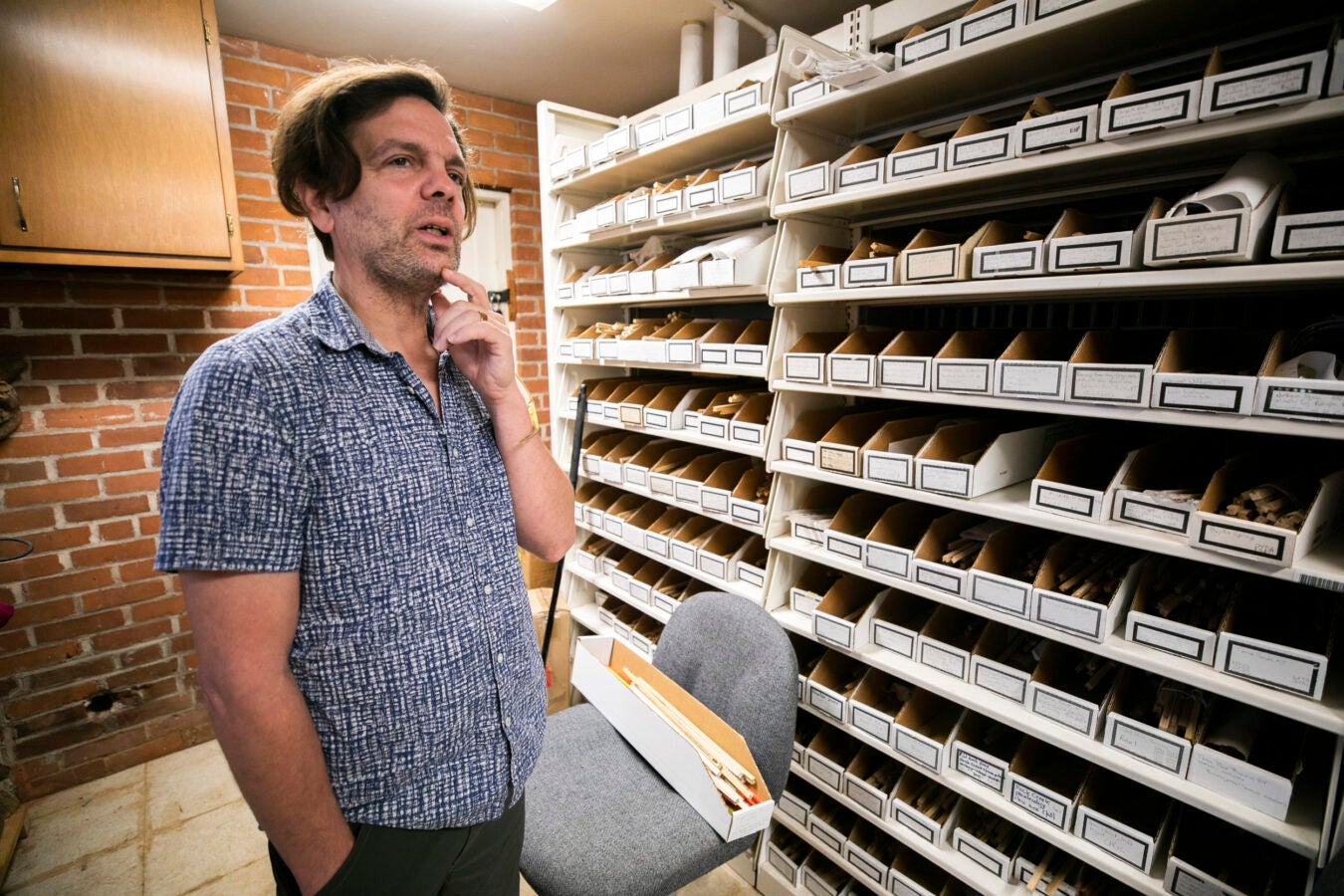 “We use tree cores to extract what I’ve been leaning toward calling the memory of the tree,” said Neil Pederson in the lab alongside core samples.

Sometimes getting to where you want to go is a matter of finding the right guide.

Four teams of researchers, led by Harvard Forest ecologists, searched for a patch of ancient trees deep in the woods of western Pennsylvania this summer as part of a project to study how climate changes affected trees over the centuries. One of the scientists had come across them 40 years earlier, but they appeared to have vanished. Just as the group was about to give up and move on they came across someone who gave them a valuable clue.

“When he jumped out of his Jeep to greet us, we were about to plunge into another forest that was at least three-quarters or a mile away,” said Neil Pederson, a senior ecologist and co-manager of the Tree Ring Lab at the Harvard Forest. The Jeep driver, a husky man with fluffy silver hair, tipped them to a clump of scraggly-looking eastern hemlocks. Several hours later, “We’d finally found them,” Pederson said.

That day’s search was part of the lab’s ambitious project to find and core the oldest trees in the Northeast. Studying the color and size of their rings offers scientists a glimpse into the past, allowing them to see how trees and forests responded to extreme climate events, like droughts or late-spring frosts in the past. They then use that data to map the long-term development of these forests and model the future impact on their health from climate-related weather events, which are growing harsher as the planet warms.

“Large-scale forest disturbances may represent the kind of extreme climate events that we expect to see increase with climate change, so understanding more about their frequency in the past could help to inform how far things are moving from baseline,” said Laura Gayle Smith, a research assistant at the Harvard Forest, who works as a member of the Tree Ring Lab. “The common framework for temperate forests is that they are basically in equilibrium over large scales and somewhat agnostic to climate. Small disturbances happen at the individual-tree-to-stand level, but overall, the composition remains very stable over long periods of time — centuries to millennia.”…