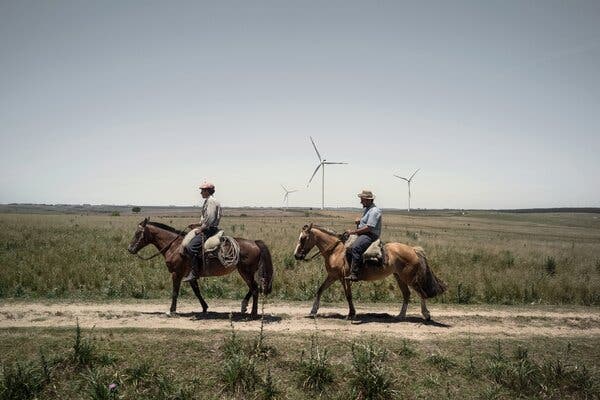 We normally think of Costa Rica to answer this question, but it is in good company:

No greater challenge faces humanity than reducing emissions without backsliding into preindustrial poverty. One tiny country is leading the way.

Let’s say you live in the typical American household. It doesn’t exist, not in any sense except in a data set, but it’s easy enough to imagine. 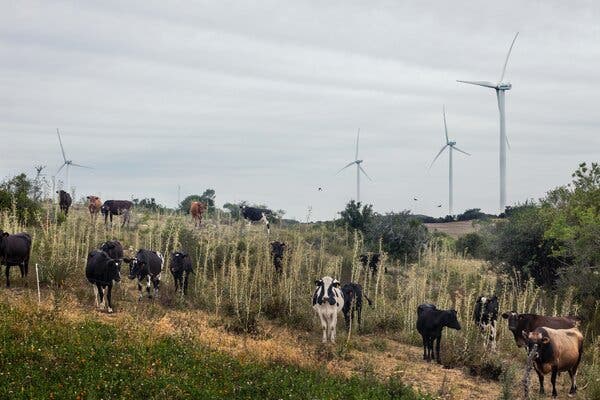 “We learn to live with less here,” says a former bank analyst, Ignacio Estrada, who had decided to take a 75 percent pay cut to return home. “And it’s made my life better.” Alessandro Cinque for The New York Times

Maybe it’s your aunt’s, or your neighbor’s, or a bit like your own. Since more than half of us live outside big cities, it’s probably in a middle-class suburb, like Fox Lake, north of Chicago. 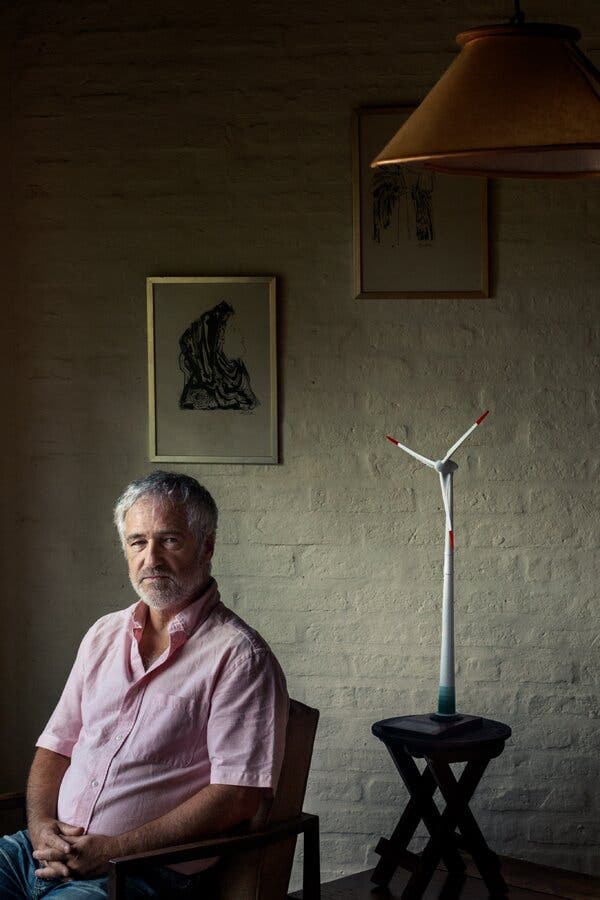 You picked it because it’s affordable and not a terrible commute to your job. Your house is about 2,200 square feet — a split-level ranch, perhaps. You’re in your mid-30s and just welcomed your first child. Together with your partner you make about $70,000 a year, some of which goes toward the 11,000 kilowatts of electricity and 37,000 cubic feet of natural gas you use to heat the house, play video games and dry your clothes. You take six or seven plane flights a year, to visit your mom after her surgery or attend a conference, and drive about 25,000 miles, most of which you barely register anymore, as you listen to Joe Rogan or Bad Bunny. Maybe twice a month you stop at Target and pick up six or seven things: double-sided tape, an extra toothbrush, an inflatable mattress.

You believe that the power and goods you consume are changing the climate but do not believe in your ability to stop it. So when you come into more money, no matter your political leanings or education, you buy a bigger house, another car, more stuff. You barely notice, but in the years since 1988, when James Hansen testified that our burning of fossil fuels was destroying the conditions for life, your home has grown by about 1,000 square feet and you’ve bought another car, an S.U.V. that’s itself 25 percent larger, even though you have fewer kids. All these choices compound so quietly that if you’re lucky enough to earn over $100,000 a year, you wind up helping your relatively small social group — about a fifth of Americans — contribute around a third of household emissions. Even if you don’t, by the end of the year, your carbon bill is world-historically anomalous but normal among your neighbors: 17 tons for transportation, 14 tons for housing, eight tons for food, six tons for services, five tons for goods.

That household total, 50 tons, represents a carbon footprint of about 25 tons per person. It’s a figure that eclipses the global median by a factor of five and is nowhere close to where it needs to be if you — we — want to stave off the worst of warming’s effects: around two tons per person.

The task of shrinking our societal footprint is the most urgent problem of our era — and perhaps the most intractable. For most experts, the first steps are obvious and yield the largest and least invasive cuts. Since electricity makes up about 25 percent of the United States’ five billion or so tons of yearly emissions, it more than likely begins with decarbonizing the grid. Next comes a push to electrify the transportation sector and regulate industrial production; each contributes about 27 and 24 percent of emissions, respectively. Then come several smaller cuts, to the buildings we live in and the appliances we use, from policies already having success in Europe and Canada: replacing gas-burning furnaces with electric heat pumps, updating building efficiencies and banning air-conditioners and fridges that use hydrofluorocarbon. Exactly how much all these cuts reduce our footprints is difficult to say, because our country spans an entire continent with several climates. But modeling by Energy Innovation suggests that, even after enacting dozens of subsidies, new efficiency standards and introducing new technologies, by 2050, it might only reduce our emissions by half.