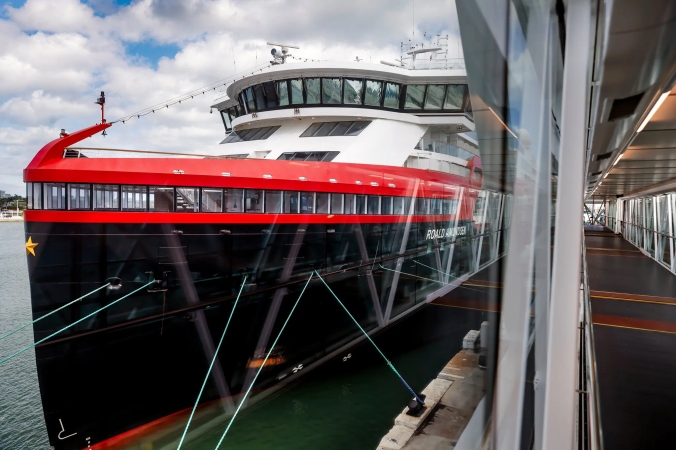 Cruise ship tourism is unfortunately not disappearing as we might have hoped. Are the ships evolving to be more environmentally and socially responsible? Our thanks to Maria Cramer for asking and attempting to answer the question:

How Green is Your Cruise?

As cruise companies head into their busiest season, they say they have ambitious plans to curb greenhouse emissions and find cleaner sources of fuel. But critics say the progress is too slow.

In the Caribbean, many cruise companies have bought islands and turned them into private resorts for the exclusive use of cruise passengers who cavort in enormous wave pools, rush down 135-foot water slides with names like Daredevil’s Peak, and zip-line across wide beaches.

But on Ocean Cay, an island 20 miles south of Bimini that MSC Cruises began leasing from the Bahamian government in 2015, there is no theme park, no giant water slide.

Oh, there are plenty of bars, shops and wave runners. But the general aim is to provide a serene getaway and largely quiet activities — snorkeling, swimming and lounging on beach chairs — while scientists and students from the University of Miami and Nova Southeastern University in Fort Lauderdale research how to reverse the decline in coral reefs and develop reefs that can withstand climate change.

MSC, which has a 100-year lease with the Bahamian government, invested $200 million to transform the island from a barren industrial site that had once been used to mine sand into a 103-acre haven of native plants and trees, surrounded by a 64-square-mile marine reserve.

The island, according to MSC, is the centerpiece of an overall plan to make the company more sustainable. It is only one among a flurry of plans and initiatives cruise companies have been announcing in recent years as they try to convince the public they are serious about combating climate change.

Viking, a luxury line whose passengers tend to be wealthy and college-educated, said it is building ocean ships that will run on hydrogen fuel cells, an investment that its chairman, Torstein Hagen, said will cost the company an additional $40 million per ship. Royal Caribbean Group, a behemoth in the industry which owns three cruise lines, said it will launch a ship in 2023 that will be equipped with “a large-scale, hybrid power source,” a combination of fuel cells, batteries and dual-fuel engines that use liquefied natural gas.

Virgin Voyages, an adults-only cruise line with four ships, has partnered with three companies working on biofuel solutions — from cooking oil to animal or even human waste — that could power its engines in the future.

As the cruise industry continues to recover from the pandemic, addressing climate change and the ways cruising contributes to it has emerged as a major challenge. Industry officials project a “full recovery” from the pandemic in 2023 and as cruises enter the winter season, typically their busiest time of year, a survey of 4,000 people showed that demand for cruise holidays was greater than in 2019, according to the Cruise Lines International Association (CLIA), a trade organization...