We have no access to Mr. Fink’s motives or those of the firm he runs, or to how he and his colleagues make decisions–only to some of the actions they have taken. Our view on him and his firm may be simplistic, in that we respect their initial leadership on ESG but fault them now for not doing more. Even if they have only been virtue-signaling, and even if they fall short on true virtue, what they have done is obviously much better than those who are wrong on climate change:

Right-wing officials are attacking BlackRock for overstepping. Those on the left say the world’s biggest asset manager is not doing enough. 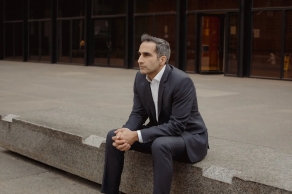 Environmental, social and governance — or E.S.G. — investing, “to some degree, is a smoke screen,” said Tariq Fancy, a former BlackRock executive. Chloe Ellingson for The New York Times

It was a clarion call to chief executives everywhere.

“Companies,” Mr. Fink wrote in his annual letter to chief executives, “must ask themselves: What role do we play in the community? How are we managing our impact on the environment? Are we working to create a diverse work force? Are we adapting to technological change?”

Nearly five years on, those words have put BlackRock on the back foot amid the increasingly acrimonious and politicized debate over investing with environmental, social and governance — or E.S.G. — goals in mind. Republicans are accusing the firm of “woke capitalism.” Progressives are calling BlackRock out for “greenwashing,” saying its message to companies doesn’t go far enough.

In recent months, more than half a dozen Republican state treasurers and comptrollers have stepped up their attacks on BlackRock, which manages $8 trillion in assets and invests on behalf of hundreds of public pensions. On Dec. 1, Florida’s chief financial officer said the state was pulling $2 billion from BlackRock because it was “undemocratic” for a big asset manager to try to change society. Eight days later, North Carolina’s treasurer called for Mr. Fink to resign because he had pushed corporations to cut carbon emissions.

At the same time, progressive critics are asking whether the E.S.G. mutual funds and exchange-traded funds pushed by BlackRock and other asset managers are any different from decades-old investment products given a green makeover. In September, New York City’s comptroller, Brad Lander, a Democrat, sent Mr. Fink a letter expressing concern that BlackRock was backsliding on its commitment to promote net-zero emission standards.

“Knowing what Larry knows now, I suspect there are elements of his C.E.O. letters that he would have omitted or written differently,” said Terrence Keeley, BlackRock’s former global head of the official institutions group. “He took some big risks in his C.E.O. letters, and that has led to some of the bitter fruit he’s harvesting now.” Mr. Keeley, who retired from BlackRock this year, oversaw sovereign wealth funds, pensions and central banks.

Investing with consideration for climate change, diversity, gender and pay equity, the welfare of employees, and the impact of technology on society — broadly lumped together under the E.S.G. banner — has become a big focus of asset managers and companies in recent years, with BlackRock leading the charge. Some on Wall Street and in corporate America see a clear benefit in embracing the approach, given the growing consumer focus on sustainability…