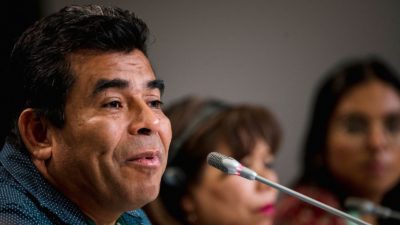 Carbon credit brokers are busier than ever, and that is welcome news, but Levi Sucre Romero’s concerns give pause:

To Indigenous leader Levi Sucre Romero, carbon credit markets have failed to respect Indigenous people and their key role in protecting their lands. In an e360 interview, he talks about how carbon brokers have taken advantage of local communities and why that must change. 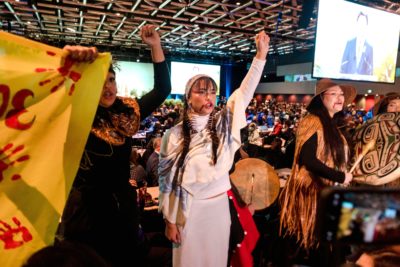 Indigenous protesters at the opening ceremony of the UN biodiversity conference in Montreal this month. ANDREJ IVANOV / AFP VIA GETTY IMAGES

In a world where carbon credit markets are taking advantage of Indigenous people and their forests, the United Nation is losing its leadership on combating climate change, says Indigenous leader Levi Sucre Romero.

In an interview with Yale Environment 360, Romero, who is from Costa Rica and is coordinator of the Mesoamerican Alliance of Peoples and Forests, calls out the “carbon cowboys” — the brokers who he says are wrecking efforts to allow Indigenous communities to have ownership of the carbon credits generated on their land, and who, by acting unscrupulously and secretively, are undermining global hopes of using nature to mitigate climate change.

Back in Costa Rica after attending this month’s UN negotiations on biodiversity in Montreal, he also warns that the goal under discussion in Montreal of protecting 30 percent of the Earth’s land and oceans could be wrecked by other deals that will bring new funding to conservation — but at the expense of the people whose lands are to be conserved.

Despite such warnings, Romero remains an optimist. Like many Indigenous leaders, he combines anger with pragmatism, historical insights with political savvy, and cultural awareness with hard negotiating skills. He sees the importance of combining Indigenous knowledge with modern expertise to fight the twin perils of climate change and ecological meltdown.

After a history of grabbing land from Indigenous communities, he believes his home nation of Costa Rica can offer a model for how Indigenous rights and ecological restoration can go hand in hand. And he believes there are enough people of goodwill to begin the new conversations that could make it happen.

Yale Environment 360: You began as a farmer, and now you’re a leader and activist. Tell us your story.

Levi Sucre Romero: I am still a farmer. I am from the Indigenous Bribri people of southeastern Costa Rica. My parents told me when I was young how we lost our lands more than a hundred years ago when the government gave them to a big international businessman [American entrepreneur Minor C. Keith] to grow bananas. I realized from a young age that our rights had been violated for the economic interests of others. And listening to those stories motivated me towards activism, to defending and restoring the rights of my community, then more widely of other Indigenous people in my country and in Mesoamerica and the world. I am convinced about what I am doing and that we can be successful…