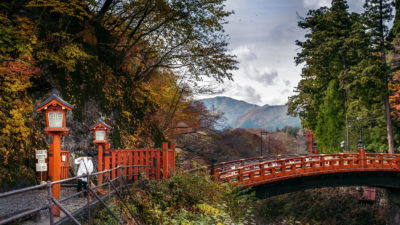 We are agnostic when it comes to how conservation of nature is motivated, and how it is accomplished. Thanks as always to Fred Pearce:

From Ethiopia’s highlands to Siberia to the Australian rainforest, there are thousands of sacred forests that have survived thanks to traditional religious and spiritual beliefs. Experts say these places, many now under threat, have ecological importance and must be saved.

Governments from across the world made grand promises last month at the biodiversity conference in Montreal to save nature by protecting 30 percent of the planet’s land and oceans by 2030. But back home many are presiding over the destruction of some of the most ancient and precious protected areas on Earth — sacred groves and places that have long been preserved by religious fervor and strict taboos that are often far more effective than game wardens or environmental statutes.

Nobody knows how many sacred natural places there are across the world. They may number in the hundreds of thousands. Almost all societies have them — from Hindu villages in India to Catholic communities in the hills of Italy, and native tribes of the Americas to African animists. The creation and longevity of these places are testament to the power of religion as a tool for community-based conservation. Sacred natural places are “the oldest form of habitat protection in human history,” says Piero Zannini of the University of Bologna, author of a 2021 assessment of their value. “They are becoming ever more important as reservoirs of biodiversity.”

In many places they are the only refuges for endangered species and rare ecosystems. Church forests are now almost the only trees left in the Amhara Province of Ethiopia, holding back advancing deserts. In Japan, there are few if any ancient lowland forests outside the grounds of Shinto temples, which are estimated to cover more than a quarter-million acres…