A Monarch butterfly, which is now placed in the endangered category of the International Union for the Conservation of Nature’s Red List of Threatened Species, perches at the Royal Botanical Gardens in Burlington, Ontario, Canada July 21, 2022. REUTERS/Carlos Osorio

Butterflies in general, and this species in particular, have graced our pages more than most other insects over the years. Thanks to Emma Farge and Gloria Dickie, from Reuters, for this:

GENEVA, July 21 (Reuters) – The migratory monarch butterfly, which has for millennia turned North American woodlands into kaleidoscopes of colour in one of nature’s most spectacular mass migrations, is threatened with extinction, international conservationists said on Wednesday. END_OF_DOCUMENT_TOKEN_TO_BE_REPLACED 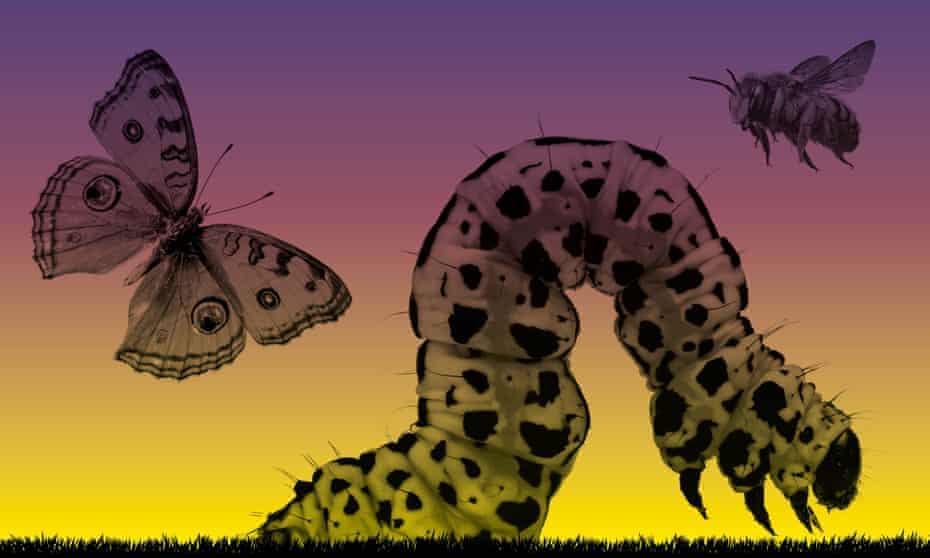 Thanks to the Guardian for providing this biologist the platform to explain to us why insects matter so much:

The insect apocalypse: ‘Our world will grind to a halt without them’

Insects have declined by 75% in the past 50 years – and the consequences may soon be catastrophic. Biologist Dave Goulson reveals the vital services they perform

I have been fascinated by insects all my life. One of my earliest memories is of finding, at the age of five or six, some stripy yellow-and-black caterpillars feeding on weeds in the school playground. I put them in my empty lunchbox, and took them home. Eventually they transformed into handsome magenta and black moths. This seemed like magic to me – and still does. I was hooked. END_OF_DOCUMENT_TOKEN_TO_BE_REPLACED

A monarch butterfly on a milkweed plant in Vista, Calif. Gregory Bull

We feature monarch butterflies in our pages to highlight conservation challenges, and milkweed is often part of the story. Claire Fahy’s story below reminds me that the link between the insect and the plant, and the effort in California to repair that link, is one example of why we created, and why I continue to post on, this platform. A short statement of purpose might be something like: in hope there is meaning. June 15 will mark the 10th anniversary of the first post, and I intend to start the next decade with a more regular series on our regeneration efforts on a few acres of land here in Costa Rica. Because it provides a sense of meaning, among other reasons. So we thank those in California who are doing the same on a 200x scale:

California Throws a Rescue Line to Its Dwindling Monarch Butterflies

A coalition of conservation groups have partnered with the state to add 30,000 milkweed plants in an attempt to restore the species’ population.

A consortium hoping to rescue the Western monarch butterfly is planting three varieties of milkweed: showy milkweed, narrowleaf milkweed and a desert milkweed. Rob Cardillo for The New York Times

Known for their windowpane wing design and bright orange color, Western monarch butterflies add a dash of magic to the California coast, where they spend the winter. Now a coalition of conservation groups, the California Department of Fish and Wildlife, and the environmentalist organization River Partners are working together to extend a lifeline to the monarchs, whose population has been dwindling drastically.

The groups have embarked on an effort to add 30,000 milkweed plants across the state to provide the butterflies with places to breed and acquire the sustenance for migration.

The Western monarchs’ California population has fallen 99 percent since the 1980s, The San Francisco Chronicle reported. A major factor in that drop has been a decline in milkweed caused by farming and pesticide use. Milkweed is vital to monarchs as a place to lay eggs and as a food source for their caterpillars. END_OF_DOCUMENT_TOKEN_TO_BE_REPLACED

Sara Dykman biked from the monarchs’ overwintering grounds in Mexico to Canada and back, covering a total distance of 10,201 miles in 264 days. (Timber Press)

We have featured the plight of monarch butterflies plenty of times on this platform. And bicycle travelogues feature, together with bicycle activism, even more frequently. Today, at the intersection of butterflies and bicycles, we thank Sara Dykman for writing and Smithsonian for publishing this travel-with-a-cause story:

Dykman works in amphibian research and as an outdoor educator. (Tom Weistar)

The idea to bike from Mexico to Canada and back with the migrating monarch butterflies arose from a simple wish to visit them. In 2013, crossing Mexico by bike for the first time, a friend and I entertained the idea of visiting the monarchs at their overwintering sites. Because it was April and the monarchs had already begun migrating north, we decided to forego the side trip.

I spent the next few years idly daydreaming about returning. END_OF_DOCUMENT_TOKEN_TO_BE_REPLACED

Monarchs in the early morning. They hibernate from November until the beginning of March. With warmer temperatures, they become sexually mature, mate, and begin their northerly migration.

Just for the beauty of the photographs, this is worth a visit. But there is also an audio accompaniment, allowing you to hear the butterflies. The story of the challenge their habitat faces is, like so many other stories we encounter, painful to read. But there is hope as well:

Environmental destruction and violence threaten one of the world’s most extraordinary insect migrations.

Every November, around the Day of the Dead, millions of monarch butterflies descend on a forest of oyamel firs in the mountains of central Mexico. The butterflies have never seen the forest before, but they know—perhaps through an inner compass—that this is where they belong. They leave Canada and the northeastern United States in late summer and fly for two months, as far as three thousand miles south and west across the continent. The journey is the most evolutionarily advanced migration of any known butterfly, perhaps of any known insect. END_OF_DOCUMENT_TOKEN_TO_BE_REPLACED

Today’s post is a finding from the natural world that intersects with the premise of a favored book for kids:

Don’t Get Between a Caterpillar and Its Milkweed

Before metamorphosis, monarch butterflies will aggressively head butt each other for access to their favorite food.

In the 1969 children’s book “The Very Hungry Caterpillar,” the tiny protagonist spends a week snarfing his way through a smorgasbord of fruits, meats, sugary desserts and, finally, a nourishing leaf. This family-friendly tale was missing one crucial and far less G-rated plot element: the pure, unadulterated rage of an insect unfed. END_OF_DOCUMENT_TOKEN_TO_BE_REPLACED

Milkweed was first mentioned in these pages  so long ago I had forgotten their importance to Monarch butterflies, a seemingly perennial topic for our contributors. So thanks to Margaret Renkl for keeping that tradition going in her Monday op-ed, and reminding us in the process that while it is not all good news out there, it is also not all bad news:

Monarchs in My Garden, at Last

NASHVILLE — I was pretty proud of myself the spring I planted my first organic garden. It was the mid-1980s, and I was a first-year graduate student in creative writing, a program entirely unrelated to horticultural mastery. But I had taken a college course in environmental biology, and I knew the basics: The more chemicals you use in a garden, the more chemicals you’ll need in the garden. It’s a self-perpetuating cycle, more reliable than the seasons.

At my house, companion planting — marigolds in between the broccoli, tomato vines encircling the spinach — would repel bugs the natural way. Any lingering pests would be dispatched by beneficial insects like ladybugs and praying mantises. One evening I watched happily as cabbage white butterflies flitted over silvery broccoli leaves. Those little white butterflies pausing in the gloaming on the water-beaded broccoli made for a tableau of bucolic harmony. END_OF_DOCUMENT_TOKEN_TO_BE_REPLACED

Interstate 35, which stretches from Minnesota to Mexico, lies in the heart of the monarchs’ migration route.

Thanks to Janet Marinelli and the team at YaleEnvironment360:

Can the Monarch Highway Help Save a Butterfly Under Siege?

The population of North American monarch butterflies has plummeted from 1 billion to 33 million in just two decades. Now, a project is underway to revive the monarch by making an interstate highway the backbone of efforts to restore its dwindling habitat. END_OF_DOCUMENT_TOKEN_TO_BE_REPLACED