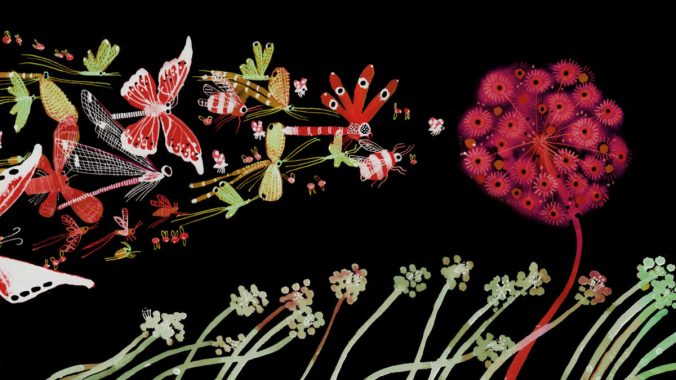 As the curvy berm we started forming earlier this year, combined with 100+ newly planted trees, transition from wet season to dry season, we have been noticing an uptick in insects. While most of my early life experiences in Connecticut led me to believe that the world (or at least I) would be better off with fewer insects, I now think exactly the opposite. Last Sunday I had my first sighting of a bird (same species as our friend Daniel captured by camera in Guatemala a few weeks ago) that is likely here for some of those insects. That sighting alone would have been enough to convince me that more insects are better than fewer. Janet Marinelli‘s article in Yale Environment360 gives me more to ponder on this topic:

How Non-Native Plants Are Contributing to a Global Insect Decline

The impact of introduced plants on native biodiversity has emerged as a hot-button issue in ecology. But recent research provides new evidence that the displacement of native plant communities is a key cause of a collapse in insect populations and is affecting birds as well. 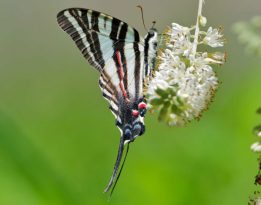 Zebra swallowtails are entirely dependent on pawpaw trees, which have leaves that are the butterflies’ larvae only source of food. COURTESY OF DOUGLAS TALLAMY

For years, Doug Tallamy sounded the alarm about the grave threat that plants introduced from abroad pose to native insects. By transforming native plant communities into so-called novel landscapes increasingly dominated by exotic species on which many insects cannot feed, the University of Delaware entomologist speculated, they imperil not only insects but also the birds and other animals that depend on insects for survival.

Not everyone has greeted the thesis with open arms. The effect of introduced plants on native biodiversity has been one of the most contentious issues in ecology, compared to gun control, abortion, and other “hot-button issues in contemporary American culture” by Peter Del Tredici, senior research scientist at Harvard’s Arnold Arboretum. “Over the past few decades,” 19 leading ecologists, including Del Tredici, wrote in a 2011 commentary in the journal Nature, “‘non-native’ species have been vilified for driving beloved ‘native’ species to extinction and generally polluting ‘natural’ environments… ‘Nativeness’ is not a sign of evolutionary fitness or of a species having positive effects.”

Dozens of recent studies, however, have provided evidence that supports Tallamy’s hotly disputed hypothesis. In a paper published online on November 18 in the journal Ecological Entomology, Tallamy and two co-authors review the research buttressing the proposition that the widespread displacement of native plant communities by non-native plants in agriculture, agroforestry, and horticulture is a key cause of insect declines.

The issue of non-native plants has become newly urgent as the scope of the “insect apocalypse” has become clear. In the past few years, insect declines have been documented around the globe, including western and northern Europe, North America, neotropical countries such as Costa Rica and Puerto Rico, and even the High Arctic. In a comprehensive review of 73 historical reports published in Biological Conservation, scientists found that in terrestrial ecosystems, Lepidoptera (butterflies and moths), Hymenoptera (bees and their close relatives), and Coleoptera (beetles), as well as four major aquatic insect groups such as Odonata (dragonflies and damselflies), have suffered dramatic declines. What’s more, it’s not just specialist species with restricted ecological requirements, like dependence on a small number of plants, that have slumped but many common and generalist species as well. A blockbuster 2017 study that revealed a shocking 76 percent decline in the biomass of flying insects over 27 years at protected areas in Germany catapulted the plight of insects into the public consciousness.

According to researchers, the global insect demise began at the dawn of the 20th century, accelerated during the 1950s and 1960s, and reached alarming proportions globally during the past two decades. Reports of an ongoing “bird armageddon” that mirrors the insect apocalypse suggest that insectivorous birds have been collateral damage in the collapse of insect populations worldwide.

Scientists say that insects have been clobbered by an array of continuing threats, from habitat destruction, deforestation, climate change, and light pollution to the rise of industrial agriculture. A widely publicized study published last year in PLOS ONE calculates that U.S. agriculture is 48 times more toxic to insects than it was 25 years ago, with neonicotinoid pesticides accounting for 92 percent of the lethal escalation; the study notes that “this increase in toxicity loading is consistent with the reduction in beneficial insect and insectivorous bird populations observed in recent years.” Yet one threat that has attracted little notice, and that more than two dozen international experts failed to mention in their recommendations for solutions to the insect crisis, is the replacement of native plants with non-native vegetation under way around the world…