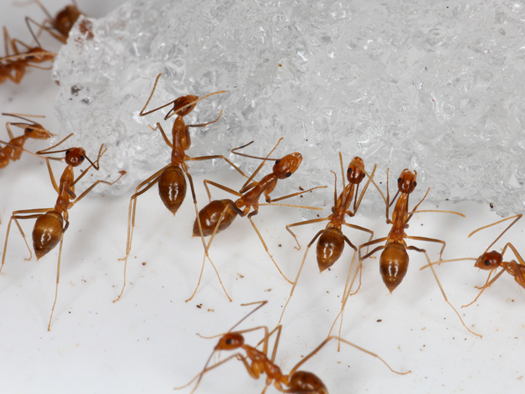 The nonnative invasive insect had been threatening ground-nesting seabirds on the atoll since at least 2010, nearly wiping out the island’s red-tailed tropicbird colony in just a few years and wreaking havoc on other seabirds. But the U.S. Fish and Wildlife Service announced Wednesday that its campaign to eradicate the insects has been a success.

“This has been such a Herculean effort by so many dedicated volunteers and staff for so many years,” Kate Toniolo, superintendent for the Pacific Remote Islands Marine National Monument, told NPR.

She added: “It’s so huge and we’re so excited to be able to say that the yellow crazy ant, which has been so detrimental to our seabird population, is just gone.”

The yellow crazy ants are dangerous to seabirds

To understand why the yellow crazy ants are so harmful to red-tailed tropicbirds in particular, it’s important to understand how the feathered creatures evolved.

“Unlike other birds, they nest on the ground and not in trees,” Toniolo explained. “That’s because they have never had any predators or pests on the ground that bother them.”

Until the arrival of the nonnative insect.

Yellow crazy ants, which earned their name for their fast and erratic behavior, would swarm the birds and their ground nests spraying formic acid into the animals’ eyes and beaks.

“In many cases it blinded the birds. In chicks, [the acid] would cause beak malformations making it impossible for them to eat … so they would just starve to death,” Toniolo said…