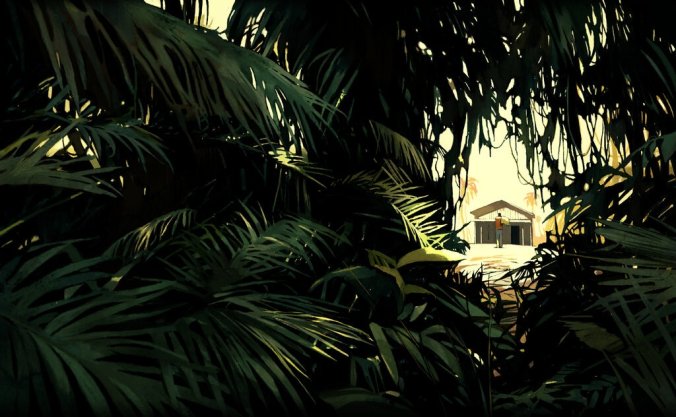 Most of the coffee stories I tell here are short reports on our efforts to regenerate a onetime coffee farm. Plenty of others we link to are about challenges facing coffee farmers and efforts to improve their lot . I cannot find a story like the one below that we have featured previously, where coffee farming is effectively undermining conservation. Reading this new longform work by Wyatt Williams will not make anyone happy, but that must be the point. The illustrations by Hokyoung Kim are a perfect accompaniment:

The Case of the Vanishing Jungle

It seemed like an easy crime to stop: protected Indonesian rainforest, cut for coffee farms. But a globalized economy can undermine even the best-laid plans.

In the fall of 2015, Matt Leggett, a newly hired senior adviser for the Wildlife Conservation Society, found himself sitting in a meeting in Jakarta, Indonesia, wondering if someone had missed the point. The meeting, as he remembers it, was meant to unveil

some good news about tigers. In brief: Back in 2002, a survey of one of the last habitats of the critically endangered Sumatran tiger, Bukit Barisan Selatan National Park, showed a tiger population that, in biologist-speak, amounted to only 1.6 tigers per 100 square kilometers. He learned of a significant improvement: 2.8 tigers per 100 square kilometers. Here was statistical proof that their approach — a collaboration with the Indonesian government to infiltrate poaching networks and prevent a cycle of livestock deaths and revenge killings — had been effective. Tiger numbers were going up. Conservation was working the way it should.

Leggett wasn’t so sure that it was. He sat at the conference table, looking at data sets and satellite maps and spatial distribution grids being projected on a screen, and couldn’t help noticing the forest. It seemed to be getting smaller. The borders of Bukit Barisan Selatan National Park were established in 1982 and have barely changed since. Yet the annual satellite images, the same ones used to illustrate improvements in tiger population, seemed to also show a forest shrinking — at times rapidly — year after year. He wondered: Were the people in this meeting looking at the same maps he was? Was he crazy? He was not crazy. By the time of that meeting, roughly one-fifth of the park’s protected lands had been chopped down, nearly 150,000 lost acres. Leggett couldn’t help wondering what the point was of going around counting tigers every season if there wouldn’t be any forest left for them in a few more years.

That the environment of Bukit Barisan Selatan is worth protecting has long been evident. UNESCO added the tropical rainforests of Sumatra to its World Heritage List in 2004, citing in particular the remarkable biodiversity contained within. This was the last place Sumatran elephants, rhinoceroses and tigers lived together, where the world’s largest flower grew on the ground and gibbons sang into the distance. This forest, just north of where Krakatoa erupted 138 years ago, nurtured an ecosystem unlike any on earth. And it is disappearing.

As he left that meeting, Leggett determined that he would find a reason for the deforestation. He soon sent a team of researchers on an undercover operation into the park. They went out on dirt bikes with cameras and G.P.S. receivers. They found a web of unmapped paths winding under branches and along steep ridges, destinations unknown. These scouts explored for months, snapping pictures and dropping pins. Their approach was meant to be quiet, a way of gathering information without drawing too much attention to themselves. They might have been confused for, say, ambitious bird watchers looking for a glimpse of the great argus. They could have been counting frogs. What they identified instead was a definitive cause of the forest’s disappearance: hundreds of small coffee farms, cleared an acre at a time from within the park’s boundaries. From certain vantages, the rows of coffee stretched as far as you could see…