Efforts to minimize the concern about climate change have been concerted for decades, particularly by corporations and ideologues. At the same time there have been plenty of people who have taken the crisis seriously, and have worked tirelessly to get the rest of us on board. Deniers, doubters, those who sow doubt, and anyone else who wants to claim they know better than the scientists, here is one more comment on the recent report (even if few of us will read that report in its entirety):

Scientists predict hotter heat waves and worse flooding in the decades ahead, but the catastrophe is evident everywhere this summer. 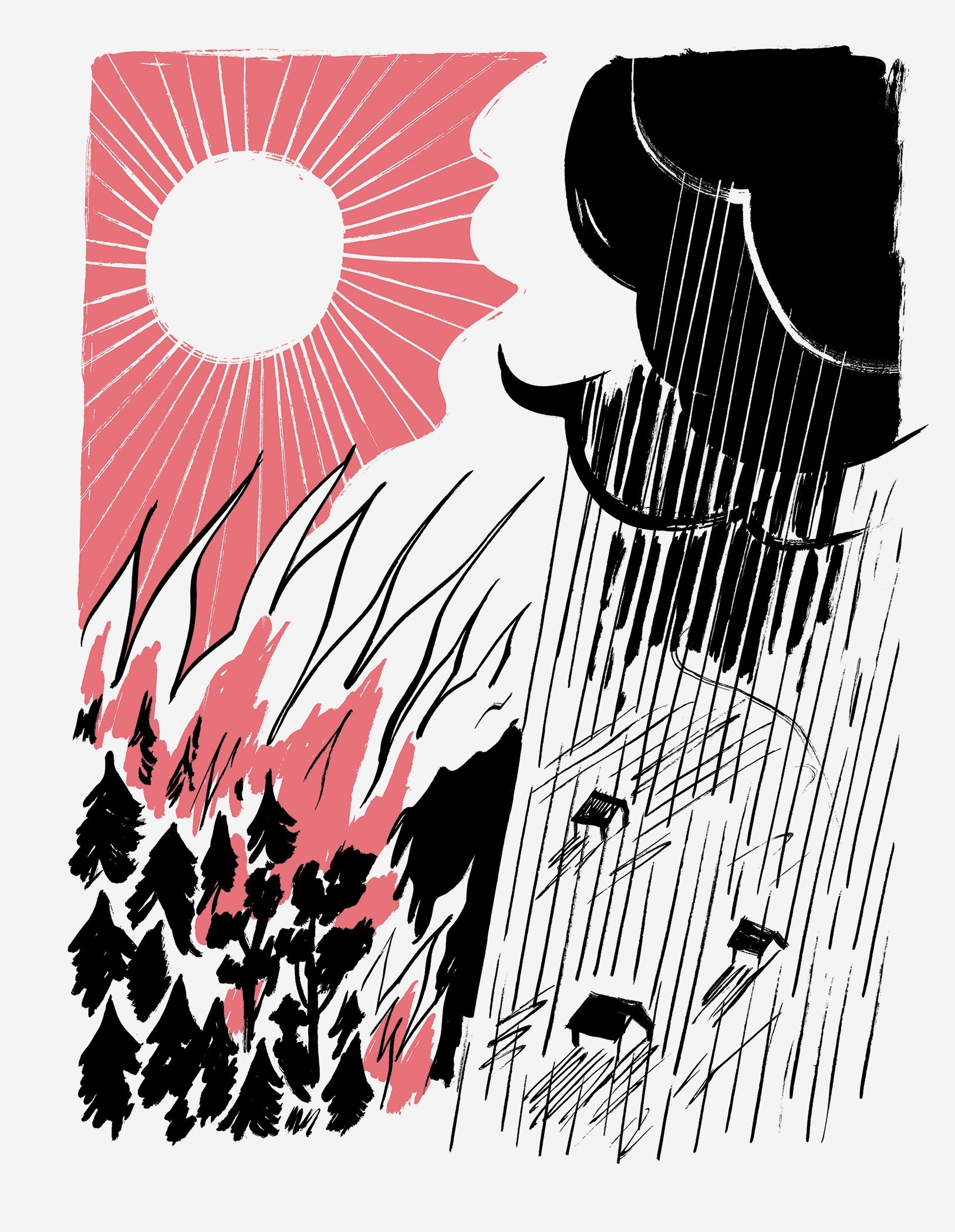 In 1988, the World Meteorological Organization teamed up with the United Nations Environment Programme to form a body with an even more cumbersome title, the Intergovernmental Panel on Climate Change, or, as it quickly became known, the I.P.C.C. The I.P.C.C.’s structure was every bit as ungainly as its name. Any report that the group issued had to be approved not just by the researchers who collaborated on it but also by the governments of the member countries, which today number a hundred and ninety-five. The process seemed guaranteed to produce gridlock, and, by many accounts, that was the point of it. (One of the architects of the I.P.C.C. was the Reagan Administration.) Indeed, when the scientists drew up their first report, in 1990, the diplomats tried so hard to water down their conclusions that the whole enterprise nearly collapsed. Every five or six years since then, the group has updated its findings, using the same procedure.

It’s in this context that the latest I.P.C.C. effort, released last week, has to be read—or, more likely, not read. Even the shortest and snappiest version of the report, the so-called Summary for Policymakers, which, at forty-one pages, is just one per cent of the length of the full document, is, in its mix of the technical and the turgid, pretty much impenetrable. Still, it manages to terrify. Owing to humans, the report states, the world has warmed by more than one degree Celsius—nearly two degrees Fahrenheit. Global temperatures are now higher than at any other time in the past hundred and twenty-five thousand years. Anthropogenic warming, the report observes, is already producing fiercer heat waves, heavier rainstorms, and more violent cyclones. In the coming decades, still hotter heat waves and worse flooding are to be expected, as events that are now considered extreme become commonplace. On Twitter, the climate activist Greta Thunberg described the I.P.C.C. report as a “solid (but cautious) summary of the current best available science.” The U.N. Secretary-General, António Guterres, called it a “code red for humanity.”

Of course, these days, you don’t need to be a climate scientist to know which way the smoke is blowing. As Corinne Le Quéré, a climate modeller at the University of East Anglia and one of the authors of the I.P.C.C. report, told the Washington Post, “It’s now become actually quite obvious to people what is happening, because we see it with our own eyes.” Just before the report came out, the Dixie Fire, burning northeast of Sacramento, became the largest single fire on record in California. (Last summer’s August Complex Fire is still the largest over all, but it was made up of multiple fires that started separately.) On Wednesday, the National Weather Service warned, “Stifling summer heat to stretch from coast-to-coast.” That day, about two hundred million Americans were under some kind of heat advisory…