Our thanks to Dan Saladino, a food journalist and author of Eating to Extinction: The World’s Rarest Foods and Why We Need to Save Them as well as recipient of a James Beard Award for food journalism.

He offers an inside look at a relatively unknown coffee varietal with potential, and at the same time, an argument in favor of diversity, in his article Edible Extinction: Why We Need to Revive Global Food Diversity: 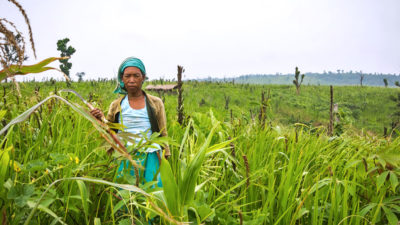 In August 2020, inside the cupping room of a London roastery, a team of botanists and baristas gathered to taste a coffee species that most believed had been lost forever. It was an important moment. Coffee experts had spent years searching in West Africa for the few remaining trees of this species, even issuing “wanted posters” to farmers asking if they had seen it.

The coffee, named stenophylla, had last been recorded in Sierra Leone in the 1950s, but civil war and widespread deforestation had pushed it to the brink of extinction. In 2018, with the help of the Royal Botanic Gardens in Kew, a small cluster of stenophylla trees were found, which two years later produced just nine grams of beans. The first sips provided hope. “It’s fragrant, fruity, and sweet,” said Aaron Davis, Kew’s senior research leader for Crops and Global Change. “Stenophylla is a coffee with real potential.”

Since then, seeds have been collected from the surviving trees in Sierra Leone, and 5,000 seedlings are being grown in nurseries. This is significant for us all, not just coffee aficionados. That’s because saving diverse foods, whether plant species or animal breeds, will give us the options we’ll need in an increasingly uncertain future.

The case of stenophylla is just one of almost 40 such stories I discovered while researching my book, Eating to Extinction: The World’s Rarest Foods and Why We Need to Save Them. In it, I argue that we’re at a pivotal moment in our food history and in a race against time to save diversity. Stenophylla helps illustrates the point. Although there are 130 coffee species so far identified, the world depends on just two, arabica and robusta. Both of these are vulnerable to climate change. Arabica is best suited to temperatures around 19 degrees C (66 degrees F); fluctuations in this can reduce productivity and encourage coffee leaf rust, a devastating fungal disease. Robusta, an inferior-tasting species, fares slightly better, growing at low elevations across much of wet-tropical Africa, but it needs consistent moisture throughout the year…